I realise this topic has been discussed previously, but unfortunately I do not feel confident/understand completely the responses provided to date.

I am 11 months into a 15 month fixed term AST, which includes a mutual break clause. I was hoping to use the break clause to leave 13 months into the contract, however re-reading the clause, the wording is not completely clear.

I believe it is a standard clause used by Openrent, and it goes:
11.5. Any time after twelve months of the initial fixed Term of this tenancy (or after a similar period following a fixed Term extension to the original tenancy) either party may invoke this break clause by providing a minimum of two months written notice to the other (such notice to expire on the last day of a rental period of the tenancy). At the end of such notice the tenancy shall end and all obligations and responsibilities shall cease; subject nevertheless to any claim by either party against the other in respect of any breach of any of the terms and conditions of the agreement.

If the above is not the case, I would be grateful for guidance on the earliest possible time I could notify and invoke the break clause.

So if the last day of the rental period is 15th November, you should serve notice so it is receive by the landlord on or before 15th September, since this is two months before 15th November.

If you then moved out on or before 15th November, then the tenancy would be terminated, along with all your tenant obligations and responsibility under the contract (e.g. paying rent).

May I just clarify the break clause as I’m in a similar situation.

In Ed’s scenario above, the break clause says “any time after twelve months of the initial fixed term of this tenancy… either party may invoke this break clause by providing a minimum of two months written notice to the other.”

From your response above, it seems that the tenant can invoke the break clause at month 11, even though the break clause says “any time after twelve months of the initial fixed term of this tenancy…”. Is that right?

In my case, the fixed term is 16 months. The break clause says “any time after ten months of the initial fixed term of this tenancy…either party may invoke this break clause by providing a minimum of two months written notice to the other.” It is now month 8 and the tenant wants to invoke the clause and to move out in two months. Is that permitted contractually? Or can they only give notice after ten months (and then move out in month 12)?

From what you’ve said, i.e you are within a fixed term tenancy of 16 months and your contract states either party can invoke the break clause after ten months, the earliest the tenant will be able to leave (or stop paying rent for) the property legally is twelve months. This is by invoking the two month notice period described in the break clause, at the ten month point of the fixed term.

A tenant can effectively serve a landlord notice at any point in the tenancy, however it will not come in to effect until the period stated in the contract.

For example, if there is a 12 month tenancy and the break clause is set at the 8 month point, the tenant (or landlord) will be able to give the two month notice any time from the start date to the 8 month point (or after if that applies).

However, the notice period of two months will not come in to effect until the 8 month period, so the earliest the tenant is able to leave the property is at the 10 month point (after carrying out their two month notice period after the 8 months stated in the contract).

You may find our article on break clauses useful here: 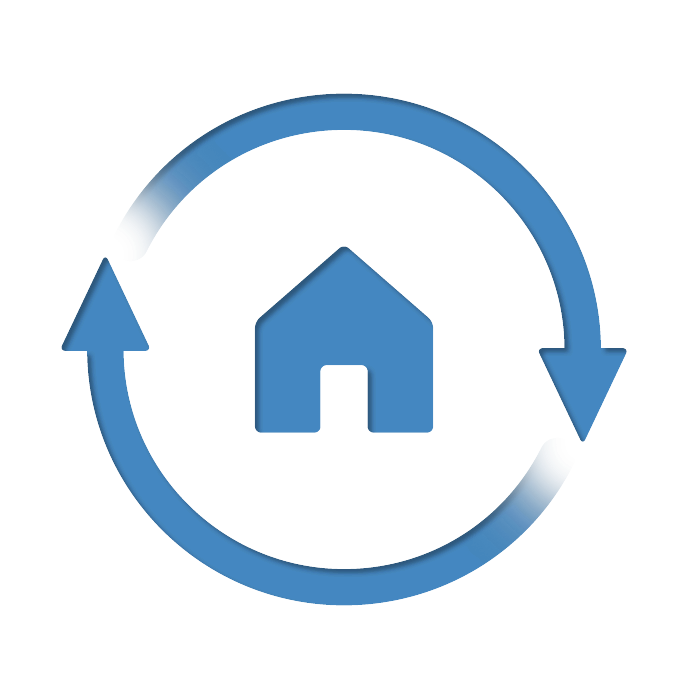 What is the break clause in the OpenRent contract?

When using Rent Now, you use our standard contract, which includes a four-month break clause under which either party can give the requisite notice to end the agreement. How does it work? The stand...

It’s also useful to know that a tenancy agreement can be mutually ended at any point by mutual agreement between the landlord and tenant. More on this here:

I have now a similar question regarding the 6 month AST. There is a break clause in there, which I had not noticed when I did the initial agreement. Now we are renewing for a further 6 months. Since 6 months is the minimum AST possible, calling giving notice at 4 months a ‘break clause’ seems inaccurate. This is not reducing the fixed term at all. This remains at 6 months.
The clause suggests that it is mutually necessary to give 2 months notice, and yet legally a tenant does NOT need to do that. They can walk out at the conclusion of the 6 month term. The landlord DOES need to give that notice, but it does not have the effect of a break clause. It merely terminates the agreement after the statutory 6 months.
Despite a thread of emails on this I have not had a satisfactory explanation of
a) why it is called a break clause in a 6 month AST
b) why it suggests that tenants need give notice when legally they don’t need to
c) whether this would be viewed as an ‘unfair term’ by a tenant’s lawyer.

As time is short for signing my renewal I have deleted it from my current contract, and I think all the difference it would make is that IF I wanted to give notice I would need to use a S21 at 4 months for vacant possession at 6 months, whereas just possibly with the clause in I could have worded the request to leave as an application of the ‘break clause’??

Does anybody know the definitive legal position on this please?

Hi Sally, Thanks so much for raising this point. You’re right - that wording is a bit confusing in the context of the six month AST. What you’ve done, removing the break clause, certainly helps clear things up.

Based on you raising this issue, we’re going to review whether the break clause should be in there for six-month ASTs.

As you pointed out, if a tenant wants to leave on the last day of their fixed term, then they needn’t give any notice, let alone two months’ notice. And as you noted, six months is the minimum length an AST can be. Therefore, the break clause described in a six-month would never reasonably be used by the tenant, and would be identical with the S21 eviction process for the landlord (i.e. giving two months’ notice).

c) whether this would be viewed as an ‘unfair term’ by a tenant’s lawyer.

Requiring a tenant to give notice to end the tenancy on the last day of the tenancy’s fixed term is understood to be an unfair term. In the six-month AST scenario, the two months’ notice would only be required to activate the break clause. The tenant would still be able to give no notice to leave without activating the clause. But as mentioned above, this is needlessly confusing.

We’ll keep you up to date as we look at this! Thanks again Sally

Glad you are looking at it and interested to see what the findings are.

Hello All,
I actually have a similar question for you as the break clause in my contract seems unclear to me.
So the moving date is the 16th of March for a one year contract. Thus 6months after the start is September the 15th .

In the contract the break clause is the following :
No less than two months notice in writing from 6th of the commencement date of this agreement, such notice not to expire prior to 15th of September.

Thank you for your support !!!

Hi - can I ask for one clarification please?

We have the same stipulation in the contract: ‘Any time after ten months of the initial fixed term of this Tenancy (or after a similar period following a fixed term extension to the original tenancy) either party may invoke this break clause by providing a minimum of two months written notice to the other. At the end of such notice the Tenancy shall end and all obligations and responsibilities shall cease; subject nevertheless to any claim by either party against the other in respect of any breach of any of the terms and conditions of this Agreement.’

But the contract is also for 24 months with a break clause at 12 months. We are now in 13th month and we wonder if we can now request to leave if we give 2 month notice. That would mean leaving after 15th months basically.

Thanks for your help

I have a question about this. In my current tenancy, I signed an AST for 12 months, without a break clause. I renewed at the end of the 12 months, for another 12 months on the same terms. Now I’m six months into this second 12 month period and I’m looking at moving out. I checked and in the original contract in the box where it says ‘Break-out clause’ says clearly ‘no’. At the end on the contract, under the section ‘notices’, there is a clause that stipulates clearly that ‘At the end of the initial fixed term as specified in clause 2 hereof, the Term shall continue on a month by month basis until either party shall serve on the other a written notice to bring the same to an end. Such notice shall, when it served by the landlord, expire no less than two months after the same has been served. In the case of a notice served by the Tenant, such notice shall expire no less than a month after service of the same on the Landlord’. I take from this clause that I can serve a month’s notice on my landlord, but I am rather confused since the original contract says ‘No break clause’. I have started proceeding to move into a new flat and I am bout to sign the contract but I don’t want to have a problem if the landlord/agency don’t accept this notice.
Thanks so much for your help.

Yes you can, but only once the fixed term has expired: i.e. after the initial 12 months that form the fixed term. Without a break clause, the earliest you can end the tenancy without the landlord/agent’s agreement is on the last day of the fixed term.

A post was split to a new topic: Notice period: Is it 1 month or 2 months based on the agreement below