I just had some building work done by my trusted carpenter. He made a temporary screen in my cellar. I made a stupid mistake I should have got a quote but as he usually works for £140 per day I assumed that it would be consistent.

He worked with his brother, did a beautiful job and worked approx 20 hours each. I bought the materials and when he sent me the invoice tonight it was nearly £4,000.

I nearly died of shock. I thought 2 days work each would come to approx £1,200 between them.

What do You think I should do? My sister said just tell them you are shocked and they can’t charge that without a quote and just send them £1,200.

What would you do? I only rented my house so I could look after my mum. I’ve been living on 50.00 a week for 9 years. Gutted doesn’t come close. 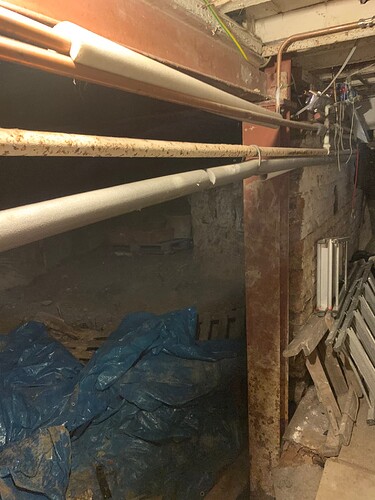 I would tell him that it was a lot more than you were expecting for the time it took, compared to what he normally charges and ask for justification, and then negotiate from there.

I supplied all materials, they cost 500. I also supplied screws and parking. I also paid 100 to take rubbish away. Labour only for 16 hours work x 2 has been charged at 4,000. The builder charged my sis 140 for a day just one week ago. He also charged her friend the same. The builder had done several days work for me for a similar price. That’s why I was relaxed about it.

I have emailed him to ask him to explain his hourly rate. If he says 100 per hour I will say it’s unacceptable. Here is 1200 if u don’t agree take me to court. The CAB said a judge would think the invoice was laughable.

I should never have gone ahead without a quote. I’m very experienced but we had a good working relationship so it never occurred to me he would charge 100 per hour from 140 day. It’s only a temporary solution and I would never have paid that kind of money.

I am a joiner I charge £140 a day of 8 hours. Stand up to him .You have a good case Your sisters example makes your case stronger if this goes further . £100 per hour? I will drop everything and come and work with him

Thank you for your advice.